Following up here as an earlier post on Intelligence in Nature, my friends at The Fat Finch: Bird Brain Blog are doing an interesting series on Crows and Ravens that is worth checking out. The short video clips in part I & part III are particularly astounding. The first clip shows a raven not only using cars to ‘crack open a nut for food,’ but also… well, you really should see it for yourself. And the clip in part III shows a raven problem solving and making a tool!
Back when I went to school, we learned tool making was what distinguished humans from… well, you know, the lower and lesser life forms: animals! Indigenous cultures have usually seen it differently however; all creatures are perceived as people, just people of a different form, and so also deserving of respect and honor… part of the family.
A friend who is apprenticing himself to plants and herbs came back from a hike in 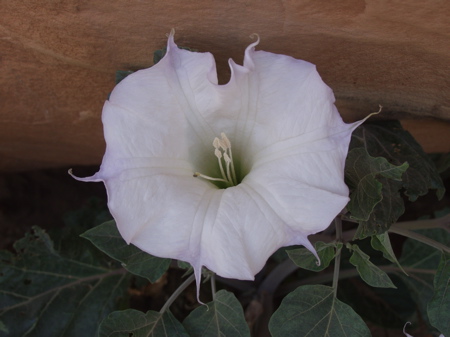 the mountains one day, from his adventure into this journey of learning, and called me to exclaim. “It’s amazing if you sit with a plant like it was a human and introduce yourself and… listen!”
On our journey of learning into envisioning a world beyond sustainability, into reinventing what it is to be a human being, surely a part of that will be to again identify our core self and nature with the world of nature itself, indeed with the mystery and wonder of the cosmos out of which we have arisen and in which we exist.

If a quality of people intelligence is to be able to flexibly perceive the world from multiple perspectives, then the indigenous world view below expresses it. It is also an expression of the human as not separate from nature but as integral with/in nature. Words and thoughts become powerful tools of intention in such a world — beyond sustainability.

In the very earliest time, when both people and animals lived on earth,
a person could become an animal if he wanted to
and an animal could become a human being.
Sometimes they were people and sometimes animals and there was no difference.
All spoke the same language.
That was the time when words were like magic.
The human mind had mysterious powers.
A word spoken by chance might have strange consequences.
It would suddenly come alive and what people wanted to happen could happen – all you had to do was say it.
Nobody could explain this.
That’s the way it was.

—Nalungiaq, an Inuit woman interviewed by Knud Rasmussen early in the 1900’s (source: The Spell of the Sensuous: Perception and Language in a More-than-Human World by David Abram)

White Combs and Sweet Honey from my Old Failures