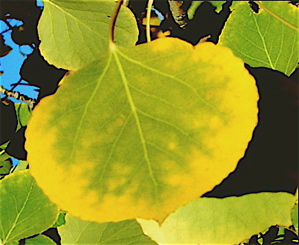 Journey’ workshops and hikes I’ve been giving. I’m working on figuring out how to create a slide show/movie of the one hour presentation that will eventually be available online. But for now, these quotes capture something of the spirit of the thinking.
Two of the issues being addressed are the experience and identification of ‘self’ as separate from nature, and access to the resource of collective intelligence and wisdom. The programs are customized to address particular issues and concerns. Like the collection of quotes, the programs are an integration of ecology, mythology, eco-psychology and resilience science.
Please search the Aspen Body Catagory for related posts if your interested in more of the thinking.

Today’s Problems cannot be solved at the same level of thinking with which they were created. — Albert Einstein
Look deep into nature and then you will understand everything better. – Albert Einstein
No living thing is unitary in nature; every such thing is a plurality. Even the organism which appears to us as an individual exists as a collection of independent entities. -Goethe
“Aspen is probably North America’s most abundant tree, due to its widespread occurrence. Additionally, and less appreciated, aspens are probably North America’s and the world’s largest individual life forms. Due to the clonal habit, thousands of shoots (ramets) are linked together to form one individual covering tens of hectares. While there has been no systematic search for the largest aspen clone, one clone near Salt Lake City, Utah, named ‘Pando’ (Latin for ‘spread’) is estimated to exceed 5,000 tons, about 3 x greater than the largest giant sequoia tree. The aspen clones thus dwarf conifers and certainly whales. These clones also are bigger organisms than the forest fungi that have been recognized to be large life forms and were previously claimed to be the world’s ‘largest living thing’.”
From Dr. Stewart Rood – Poplar biologist and professor at the University of Lethbridge, Alberta, 1997.
[Man] sees the morning as the beginning of a new day; he takes germination as the start in the life of a plant, and withering as its end. But this is nothing more than biased judgment on his part. Nature is one. There is no starting point or destination, only an unending flux, a continuous metamorphosis of all things. – Masanobu Fukuoka, The Natural Way of Farming 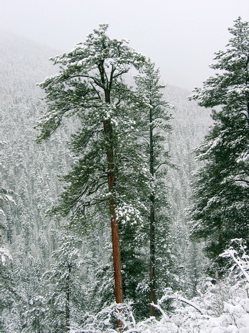 The tree which moves some to tears of joy
Is in the Eyes of others
Only a Green thing that stands in the way. – William Blake, The Letters
The eye with which I see God is the eye with which God sees me. – Meister Eckhart
The World can, in effect, get along without natural resources. – Robert Solow, 1987 Nobel Prize, Economics
Plant roots, through confined in space, have an extremely large surface area. A single rye plant, for example, has more than thirteen million rootlets with a combined length of 680 miles. This entire root surface releases differing amounts of chemicals at different locations, strongly regulating the local biocommunity throughout the life of the plant… But their actions are not random, nor is it random bacteria, fungi, and microflora that are affected.
Specific bacterial species, like those in the human GI tract and on human skin, have formed symbiotic associations with plant species that have lasted for millions of years. The newly germinating plant releases compounds that literally call the proper bacteria to the area where it is growing…. – Stephen Buhner, The Lost Language of Plants, pg 150-151
Life has always seemed to me like a plant that lives on its rhizome. Its true life is invisible, hidden in the rhizome. The part that appears above ground lasts only a single summer. Then it withers away-an ephemeral apparition. When we think of the unending growth and decay of life and civilizations, we cannot escape the impression of absolute nullity. Yet, I have never lost a sense of something that lives and endures underneath the eternal flux. What we see is the blossom, which passes. The rhizome remains.
In the end the only events in my life worth telling are those when the imperishable world irrupted into this transitory one. That is why I speak chiefly of inner experiences, amongst which I include my dreams and visions. – Carl Jung, Memories, Dreams, Reflections, pg. 4
In the unconscious mind lies the contact of the individual with the universal powers of nature. The springs of human nature lie in the unconscious, for it links the individual with the universal, or at least the organic. This is true, whether it is expressed as the union of the soul with the divine, or as the realm which links the moments of human awareness with the background of organic processes within which they emerge. But the fascination of the idea arises because it is felt to be the source of power, the home of the élan which moves us. – Lancelot Law Whyte, The Unconscious Before Freud, pg. 63
In Jung’s scheme of thought, the psychoid level of the unconscious represents the point at which the psyche is so close to the animal world as not yet to be differentiated from it. It still is directly connected to the realm of nature in its mode of functioning, and it is thus the aspect of the human organism that can be most directly experienced as part of nature….Our individual contact with the psychoid level of our human nature involves an inner experience of the deep ground of the Self experienced subjectively within ourselves and also objectively as part of the whole realm of nature. – Ira Progoff, Jung, Synchronicity, and Human Destiny, C.G. Jung’s Theory of Meaningful Coincidence, pg. 111-112
The matter and life which fill the world are equally within us; the forces which work in all 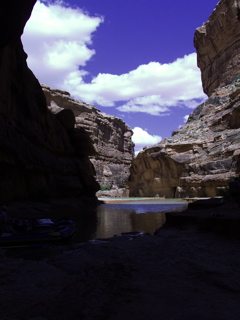 things we feel within ourselves; whatever may be the inner essence of what is and what is done, we are of that essence. Let us then go down into our inner selves; the deeper the point we touch, the stronger will be the thrust which sends us back to the surface. – Henri Bergson, The Creative Mind: An Introduction to Metaphysics, pg. 124-25
The spider spins her own world from within herself just as we do, unconsciously creating the exterior world of our outward representations. As Nietzsche reminds us, “We produce these representations in and from ourselves with the same necessity with which the spider spins.” As a consequence, he further informs us, we are normally able to “catch,” or conceive, only what the web of our outward system of representation is woven to entrap. To penetrate the hole occupied by the Spider Woman, from which she unfolds reality, is to enter the enfolded order, to catch “God’s foot upon the treadle of the loom” of creation. – Robert E. Ryan, The Strong Eye of Shamanism, pg. 166
Now, all the medical rituals we have been examining aim at return to origins. We get the impression that for archaic societies life cannot be repaired, it can only be re-created by a return to sources. And the “source of sources” is the prodigious outpouring of energy, life, and fecundity that occurred at the Creation of the World. – Mircea Elaid, Myth and Reality, pg. 30
The hermetic use of myth cannot be underestimated. Mythic symbols constitute one of the great keys unlocking the preconscious reservoir of the mind. “The reservoir is in the mind, but by no means all mankind draws from it,” Oliver La Farge tells us. “Where the ideas are expressed in symbols, they serve one believer as doorways into the inner courts of understanding, another rather as doors at which thinking stops in favor of literal acceptance.” pg. 82, quoted in The Strong Eye of Shamanism
R. Gordon Wasson notes that in Siberia “the birch is preeminently the tree of the shaman,” and he asks why:

For me the answer is clear. The birch is revered wherever it grows in Siberia because it is the preferred host to the fly agaric [Amanita muscaria-a type of hallucinogenic mushroom]. This mushroom grows in mychorrhizal relationship with certain trees, and the tree that it prefers is the birch. It also grows at the foot of conifers, and I hold it to be no accident that the pine tree occupies a place second only to the birch as a cult focus for the forest tribesmen of Siberia.
quoted in pg. 243, The Strong Eye of Shamanism 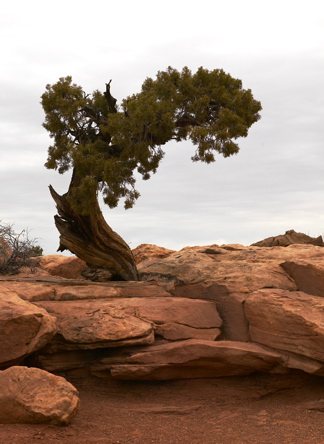 “The strength of a tree, the old ones say, comes not from growing thicker in the good years when there is water, but from staying alive in the bad dry times.” – Joseph M. Marshall III, The Journey of Crazy Horse (pg. 130)
“Jeremy Narby has calculated some amazing numbers in relation to this intelligent DNA. If the DNA packed into the invisibly small nuclei of each of our cells (along with protein and water) were stretched out, it would be about six inches long. End to end, the DNA of our several trillion cells would extend so far that it would take a jet plane traveling one thousand kilometers per hour over two centuries to reach its end! After this surprising result, Narby calculated that a single handful of living earth contains more DNA than that of our entire bodies-because bacteria are packed far more closely in soil than cellular nuclei in our bodies.” – Elisabet Sahtouris, Earth Dance, pg 377
Nitrogen is the main factor limiting a tree’s growth; death is prolonged nitrogen deficiency. Nitrogen is also what an insect is after and what a fungus processes. When a tree is under attack from insects or fungi or both, its first instinct is to protect its nitrogen. When a needle turns orange, the tree is abandoning any effort to save that needle by salvaging its nitrogen and sending it to another, so-far-unattacked part of the tree. This is admittedly a rearguard action, but a tree struggles as long as it has a living cell within it.
At some point, trying to save a single needle is a needless expense of energy. Old needles drop, and fewer new needles form. Insect larvae devour the buds; fungus spreads into the heartwood and travels down to the root. One of the last things our tree does before the fungus clogs its arteries is send its remaining secondary products, its chemical arsenal, down to its roots, out through the mycorrhizal fungi, and into the roots of neighboring trees, some of which are almost certainly its own offspring. In a poignant drama, our tree, having reached the point of death, gathers its remaining chemical weapons and donates them to the community, thereby giving its genetic future a slightly improved chance of fending off the invader that has spelled its own doom. – Tree, A Life Story; David Suzuki and Wayne Grady 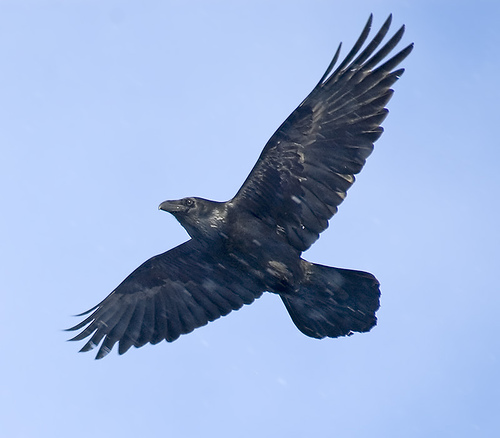 In the very earliest times, when both people and animals lived on earth, a person could become an animal if he wanted to and an animal could become a human being. Sometimes they were people and sometimes animals and there was no difference. All spoke the same language. That was the time when words were like magic. – “Magic Words,” translated from the Netsilik Eskimo
Once we have …”fallen in love outwards,” once we have experienced the fierce joy of life that attends extending our identity into nature, once we realize that the nature within and the nature without are continuous, then we too may share and manifest the exquisite beauty and effortless grace associated with the natural world. – John Seed
Just Now
A rock took fright
When it saw me
It escaped
By playing dead
-Norbert Mayer
[All] you and your pet rock share is, you fall at the same speed. – Ken Wilber
The coming ecological disaster we worry about has already occurred, and goes on occurring. It takes place in the accounts of ourselves that separate ourselves from the world. – James Hillman, The Soul’s Code

A Resiliency Matrix, and Bush's Shadow

What if I were to tell you…