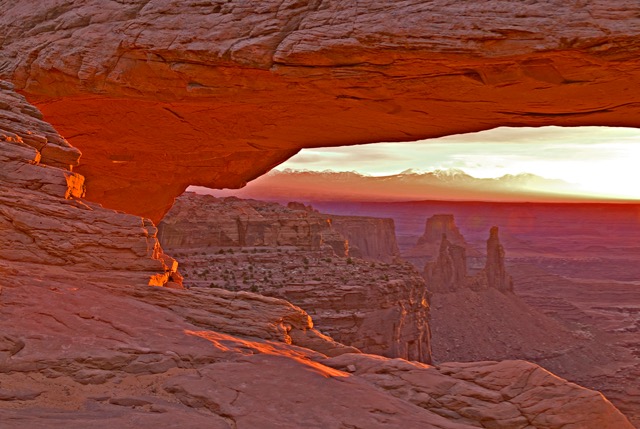 What should I be doing to change the world today?

What should I be doing
to change the world today,
you know,
at least make it better?

This is the question
knocking around inside
my skull at 7am today.
It is another too familiar morning
of never being enough however,
good or worthy or productive or effective
enough to transform a wounded world
that always seems to need more fixing.

More food for some;
more social justice;
more economic equality;
more eco-awareness of our impact;
more habitat for countless species going extinct;
more significance and power too
for a little child yet alive within this chest.

But instead of fixing the world this morning
as though I were someone separate
desperation drives me to surrender
to the acknowledgment and inquiry into
the selfishness of my heroic ambitions
wherein I seek self-worth from outer achievements
that try to heal the injuries of the world
rather than face my own haunting hungers of insufficiency.

The one nakedness I find left to do
is offer gratitude
for the blessed life I live
for the love that moves my heart
for eyes that adore beauty
for deep friendships
that sustain me in these
times of the unraveling and falling apart
while Sun today once again appears to rise and set
though in truth it is we who are the spinners.

Such dizziness of thought leaves me a-wonder.
Might not the darkness of our times
also be the womb of our birthing
into a reawakening with the open eyes of a child
born anew into a startling awareness
full of simple wonder and awe:
—I am…alive!

From this place I discover
today what the world needs
from me
is simple love and compassion
same as do I.

Reflections: I often find the complexities of the world and my thinking and being such that these short reflective pieces feel more accessible and carry a power that longer essays would not. Yet there is much hinted at in this piece that invites inquiry, such as why I choose the phrase, ‘change the world’ in the opening.

Who among us cares for someone else to seek changing us? Yet those of other religious and political persuasions who would change us abound.

There are many hidden and dangerous dimensions to this idea of ‘helping’, as I still discover over the years. Most fundamentally is the unconscious worldview of separation often inherent in such efforts, thus dooming them to sustaining the ‘problems’ they seek to remedy.

I grew up in a worldview of separation (fundamentalist Christianity), one which sees the world as elementally flawed and in need not only of change but even more so of saving. Same as I did.
This is a painful place to live in. Such early conditioning is viral however and can continue to infect our living in unconscious little and large ways long after we have initially identified the original pattern and source.

I continued trying to save the world long after I gave up on a literal God living in a literal Heaven located high above a literal Hell below.

Significant shifts occur in my heart and soul and spirit as I increasingly live from a place of innate worthiness, where neither I nor the world need saving or improving. There can also be a dangerous and fine line between saving the world or even trying to change it…and allowing ourselves to ‘be the change’, the energy, we would see more of in the world.

One arises from a place of separation and insufficiency of Being while the later honors and recognizes the wholeness and inter-being of All that is. It is into the nooks and crannies and shadows of my psyche, where Separation yet lives in hiding, that this piece attempts to ‘enlighten’, to bring into the light. This piece is also reflects my curiosity about what it is for each of us to live in and out of our essential gift: our love of life.

Note: Thanks to my friend Brian Tracy for the Canyonlands photo.

Larry Glover aspires to discover what being human truly is, particularly in a paradoxical world woven of mystery and consciousness and fire and water and air and earth and spirit and soul too. He struggled from an early age with a madness that would destroy himself, which he came to recognize as a cultural story of separation and unworthiness for life. Larry now leans into our shared love of nature to inspire and deepen what it is to truly love your self, through his writing, speaking, coaching, workshops and wilderness retreats. Learn more of how to engage with Larry at larryglover.com

Reclaiming the Soil of Our Belonging