The Strong Eye of Shamanism; A Journey into the Caves of Consciousness
Robert E. Ryan, Ph.D. Inner Traditions. 1999.
Dr. Ryan takes us on a journey into the Paleolithic caves of 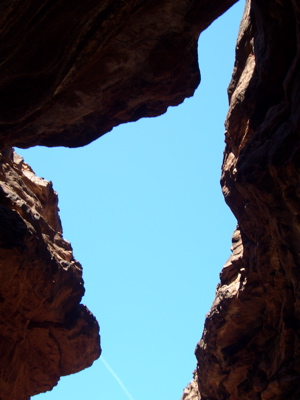 antiquity, and through that exploration into the “caves of consciousness.” Shamanism, as technologies of the sacred designed to create and enhance unmediated encounters with the numinous, is the world’s oldest religion. Viewed thusly, the echoing of the song, “Give me that old time religion…,” in the hallowed halls of dogma and of theology, takes on an interesting perspective.
The surging interest in ‘shamanic studies’ today is testament that many people in fact are returning to that old time religion. This too is testament to surging concerns for the wellbeing of humanity and for the Earth herself, and to the emerging sense that a transformation of human consciousness is our only hope through these times.
Indeed, the changing or shapeshifting or transformation of human consciousness has always been the domain of the shaman; through rites of initiation and through ceremony, through the deepening of Self-identification to oneness with the divine, re-creation and restoration of balance and harmony was sought for the individual, the tribe or for the world. It is thus only natural that the immune system embedded within human morphology would call forth again, into today’s world of fragmentation and challenge, worldviews of wholeness, wellness and hardiness. This resilient nature of shamanism is itself our own wild resiliency calling forth to us.
Following are a few select quotes from the book, The Strong Eye of Shamanism; A Journey into the Caves of Consciousness:

…the caves were intended to evoke the familiar stages of a transformation of consciousness conducive to illumination and how they lent themselves to this experience. The inceptional phases of initiation, we have noted, are often marked by the postulant’s normal orientation to the real. This phase is meant traditionally to loosen our attachment to the world as we normally experience it and to break down the categories of consciousness that habitually lead to its creation and acceptance. It is meant to refocus the locus of reality inward and to reveal an aspect of the real that is indeed a form of the mind’s self-revelation. pg. 198-199, The Strong Eye of Shamanism
Life has always seemed to me like a plant that lives on its rhizome. Its true life is invisible, hidden in the rhizome. The part that appears above ground lasts only a single summer. Then it withers away-an ephemeral apparition. When we think of the unending growth and decay of life and civilizations, we cannot escape the impression of absolute nullity. Yet, I have never lost a sense of something that lives and endures underneath the eternal flux. What we see is the blossom, which passes. The rhizome remains.
In the end the only events in my life worth telling are those when the imperishable world irrupted into this transitory one. That is why I speak chiefly of inner experiences, amongst which I include my dreams and visions. – Carl Jung, Memories, Dreams, Reflections, pg. 4, quoted in The Strong Eye of Shamanism
In the unconscious mind lies the contact of the individual with the universal powers of nature. The springs of human nature lie in the unconscious, for it links the individual with the universal, or at least the organic. This is true, whether it is expressed as the union of the soul with the divine, or as the realm which links the moments of human awareness with the background of organic processes within which they emerge. But the fascination of the idea arises because it is felt to be the source of power, the home of the élan which moves us. – Lancelot Law Whyte, The Unconscious Before Freud, quoted on pg. 54, The Strong Eye of Shamanism
In Jung’s scheme of thought, the psychoid level of the unconscious represents the point at which the psyche is so close to the animal world as not yet to be differentiated from it. It still is directly connected to the realm of nature in its mode of functioning, and it is thus the aspect of the human organism that can be most directly experienced as part of nature….Our individual contact with the psychoid level of our human nature involves an inner experience of the deep ground of the Self experienced subjectively within ourselves and also objectively as part of the whole realm of nature. – Ira Progoff, Jung, Synchronicity, and Human Destiny, C.G. Jung’s Theory of Meaningful Coincidence, pg. 111-112, quoted in The Strong Eye of Shamanism
The matter and life which fill the world are equally within us; the forces which work in all things we feel within ourselves; whatever may be the inner essence of what is and what is done, we are of that essence. Let us then go down into our inner selves; the deeper the point we touch, the stronger will be the thrust which sends us back to the surface. – Henri Bergson, The Creative Mind: An Introduction to Metaphysics, pg. 124-25, quoted in The Strong Eye of Shamanism, pg 123
The eye with which I see God is the eye with which God sees me. – Meister Eckhart
The spider spins her own world from within herself just as we do, unconsciously creating the exterior world of our outward representations. As Nietzsche reminds us, “We produce these representations in and from ourselves with the same necessity with which the spider spins.” As a consequence, he further informs us, we are normally able to “catch,” or conceive, only what the web of our outward system of representation is woven to entrap. To penetrate the hole occupied by the Spider Woman, from which she unfolds reality, is to enter the enfolded order, to catch “God’s foot upon the treadle of the loom” of creation. – Robert E. Ryan, The Strong Eye of Shamanism, pg. 166
Now, all the medical rituals we have been examining aim at return to origins. We get the impression that for archaic societies life cannot be repaired, it can only be re-created by a return to sources. And the “source of sources” is the prodigious outpouring of energy, life, and fecundity that occurred at the Creation of the World. – Mircea Elaid, Myth and Reality, pg. 30
The hermetic use of myth cannot be underestimated. Mythic symbols constitute one of the great keys unlocking the preconscious reservoir of the mind. “The reservoir is in the mind, but by no means all mankind draws from it,” Oliver La Farge tells us. “Where the ideas are expressed in symbols, they serve one believer as doorways into the inner courts of understanding, another rather as doors at which thinking stops in favor of literal acceptance.” pg. 82, quoted in The Strong Eye of Shamanism
R. Gordon Wasson notes that in Siberia “the birch is preeminently the tree of the shaman,” and he asks why:
For me the answer is clear. The birch is revered wherever it grows in Siberia because it is the preferred host to the fly agaric [Amanita muscaria-a type of hallucinogenic mushroom]. This mushroom grows in mychorrhizal relationship with certain trees, and the tree that it prefers is the birch. It also grows at the foot of conifers, and I hold it to be no accident that the pine tree occupies a place second only to the birch as a cult focus for the forest tribesmen of Siberia.
quoted in pg. 243, The Strong Eye of Shamanism

In relation to this last quote, note the earlier post here, Loneliness and Presence: What the Aspen Know (they are of the same family of trees as the birch.)

Peace from the Soil