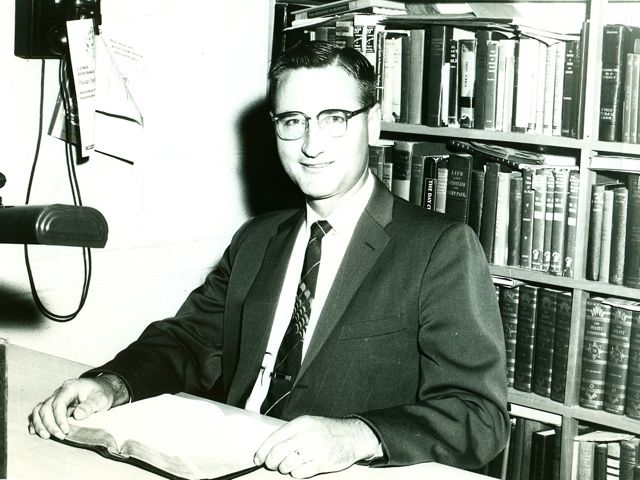 A Father's Lessons on Living and Dying

It’s an old story; been going on through all the generations of humankind but tonight it is damn personal. Intimate. This losing of a father can happen to any of us but once.
It can only ever be a singular event in any one of our lives yet who can count the times down through the eons that a ‘father’ has died?
Still, tonight, it is a nakedly intimate story. Today I held my father’s warm hand as it grew cold and offered my relationship with this man I call “Dad,” to the Mystery of Life and Death.
If one of the roles of our parents is to teach us how to live, and how to die, Dad’s story is a complex one. His last real expiration was a sign of relief, a great and beautiful, “Ahhhh….” It was a letting go. A surrender. This came as I knelt at his side, holding his hand, and then my brother Mickey was there behind me and I made space for him to be where I was.
Dad took a couple more short breaths, each interspersed with an eternal silent stillness… and he was gone.
It was all sweet and peaceful in the end.
An older brother’s intuition to visit seemingly created the doorway Dad needed to be able to leave, for his family to gather and be present. Some lessons are worth showing up for.
My relationship with Dad over the years was stormy, as it also was for my three brothers in varying degrees. And now that we face the local preacher’s need to ‘meet with the family,’ I realize neither this preacher’s church nor his theology are large enough to hold Dad’s story. I already regret the countless times at Dad’s service that I’ll have to listen to people tell me yet again a story I’ve heard since I was a child: “Your father was a real man of God, a good man. He loved his Bible….”
I know I’ll let them hold to their beliefs and story of who this man was and listen politely without challenge, for we are all woven of many stories, even contradictory ones. And I know I cannot dispense the redemption they seek through their religious beliefs anymore than Dad found redemption in his.
Yet it is paradoxical that Dad’s story, in the end, is one of return and redemption. It did not begin that way and this ending of transformation and transcendence was not assured; it would not have been predicted by me or any one of his other children.
Boyd Cole Glover was born the son of a man who ran away from home at the vulnerable age of 9. Dad’s father ran away to escape a new step mother who wanted neither him or his brother in the house. Dad’s Dad, in effect, had no father; not one who knew how to be a ‘father’ anyway. And then Boyd’s father, my grandfather, a West Texas horse trader with a reputation for being a hard man, committed suicide when Boyd was but 19 and a freshman in college.
Boyd, my Dad, later responded to the inquiries of his own children about this loss in his life: “I don’t remember feeling anything. He wasn’t around much when I was growing up.”
Still, a man named as “Father,” had just shot himself in the head and lain in a pool of blood on his mother’s bed. Did Boyd not feel anything because he truly had no relationship to the man called, “Dad?”  Or did he not feel anything because he was that emotionally detached from himself?
Regardless of the answer, Boyd soon choose the life of ‘a man of God.’ He became a ‘Fisher of men,’ a preacher, an evangelist. His identity and soul found home between the covers of a worn black leather Bible. He did not exist except as he could find himself between its pages and his life was given to bringing other souls into the fold of salvation.
Problem was that his loins gave this fatherless man the ability to father children while his religion required he ‘beat the devil’ out of them. “I’m going to give you a blistering you won’t forget,” he promised repeatedly. And he did. Learned it from his “One and only true God.”
How many of those do you suppose there might be in the world anyway?
As Joseph Campbell wrote:

“In choosing your god, you choose your way of looking at the universe. There are plenty of Gods. Chose yours. The God you worship is the god you deserve.” — A Joseph Campbell Companion

Body serum oozed from the raw flesh of my undeserving butt and was tinged blood red from the judgments of Boyd’s black leather belt. Harder was listening to the man preach about the tortures of everlasting hellfire and brimstone on the same Sunday night, while my white shorts embedded themselves into the forming scab from the press of the hard wooden church pew. And the man preached on forever about how children need to “obey their parents in the lord” the way adults need to obey God.
Boyd’s “One and only true God” came between him and his children. Alienation followed. Hard feelings and more than enough shame to be shared around. Later, when I was in my early twenties, and in a flight of rebellion and righteous furry had fled his church and his God—to our mutually public disgrace, he made a powerful acknowledgment to me.
“I think I spanked you boys to much.” And then to me specifically, by way of justification he said, “I thought you had too much pride.”
Thus it was that Boyd was not a preacher who came to the end of his days wishing he had spent more time out in the fields saving lost souls. No. He came to the last years of his life wishing he had spent more time with his children, with his family, more time being a father and husband. He came to realize he did not know who his children even were…. But he was still caught in torment between his God and his humanity.
“It would have been easier for him,” as one brother says, “if we were fallen drunken whoring Christians than the unbelieving men of beauty and integrity we all became.”
And then, to this now retired preacher’s secret sorrows and shame for not being the father he believed he should have been, to his fears of personal damnation for his humanity, to the fears and griefs in his heart came a grace. He had a stroke. In his early 80’s. And he was never again the same. And not just from the long physical recover and ‘loss of memory.’
Through the grace of the stroke Boyd became a man who ‘lost his God.’ Boyd lost his theology. His religion. His beliefs. His need to posses the Truth. A certain kind of resiliency in Boyd was broken and…he found his heart.
Now, instead of trying to convert me yet again to his God and to save my fallen soul… instead of quoting to me the same Bible verses I learned to quote as a child, he now asks me how my trip over was. And he now actually says, “Thanks for coming to visit.”
“Who is this man?” my brothers now ask among ourselves. He somehow somewhere found a sense of gratitude and of humor that none of us boys recognize. “Where was this man when we were growing up?”
It was as if the covers to Boyd’s Bible had fallen open in such a way as to break the books very spine, and he managed somehow to walk out of the story of his One and Only True God. And he found himself instead to be a man with ordinary human relationships and needs, like the need to connect. To belong. To be loved. “You’re not the son I want,” he previously said to me in condemnation. I left wondering why I ever bothered to visit, and now the man expresses gratitude for my taking the time and trouble to drive a few hours to see him?
Yes, Boyd’s story became one of redemption in the end. He passed on peacefully, surrounded by his four boys who all stood amazed at the power of a man’s life to be so transformed, to have become a real father to them, in the end. To have his heart opened to vulnerability, to have ‘become a man’ of frailties and of strength, to have discovered humor and compassion for others, to be able to say at last, “I love you.” These were all transformations of a spirit.
We will never know what was the result of the particularities of brain damage or perhaps yet a new vision of a burning bush and a new and transformed God. Yet…
Yet this man in the end will teach me into my dying days about what it is to live, about how to live a life that is willing to transform, that is willing to live in “harmony with everyone and everything,” that is willing to live without the need for an identity defining enemy. And he will teach me too about how to die.
Thank you Boyd. Thank you Dad, for this continuing gift of your last years. And for your last breath.

“Siddhartha was a truth seeker, nothing more. He wasn’t looking for religion, as such — he wasn’t particularly interested in religion. He was searching for the truth. He was looking for a genuine path to freedom from suffering. Aren’t all of us searching for the same thing? If we look at the life of Siddhartha, we can see that he found the truth and freedom he was seeking only after he abandoned religious practices. Isn’t that significant? The one who became the Buddha, the “Awakened One,” didn’t find enlightenment through religion — he found it when he began to leave religion behind.” — Huffington Post: Dzogchen Ponlop Rinpoche, Is Buddhism a Religion?

NOTE: Brain researcher Jill Bolte Taylor’s TED talk on her personal ‘Stroke of Insight’ can be found here, and is highly recommended: Jill Bolte Taylor’s Stroke of Insight
This piece was first drafted on August 2 and subsequently revised to work as a blog post. I do want to thank the wealth of friends and family who are my community… for your well wishes during the time of my father’s passing.
For any readers who might be interested, Life’s Two Fiery Questions is a blog post here further reflecting the Joseph Campbell quote above. Also, here is a personally intimate post titled Understanding the Power of Worldviews.

Boyd Cole Glover dangers of fundamentalism Is Buddhism a Religion Joseph Campbell on God spare the rod and spoil the child the power of a worldview the power of story Thich Nhat Hanh quote
Next PostOne Coffee Shop Lady Told Another…
Previous PostI am afraid of Beauty!

Welcome to the Anthropocene