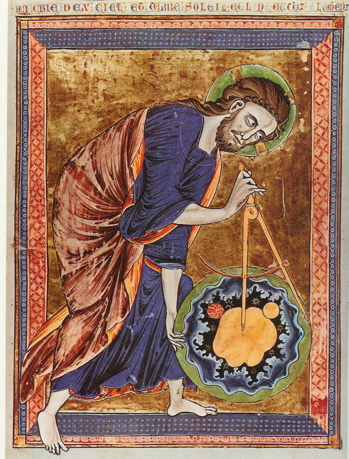 It is the mystery at the intersection between the world as it is, and our perception or experience of it, that particularly fascinates me. The powerful dynamics in play here led me to include these two processes in the Seven Keystone Processes of the Wild Resiliency model. These two are respectively named: Our Ground of Being — A World in Which to Be, and The Power of Arrival — A Self in the World.
One of the reasons I began blogging was as an attempt to help manage the seemingly literal world of data flowing through my life. I cannot say that it has helped, but perhaps yet…. Problem is, this fascination I have with resiliency seems at times to know no bounds: everything I read seems in some way related and my curiosity reaches to take it all in, foolish man that I am. And given that I am a generalist anyway… well, you can imagine the ensuing challenges of focusing….
And this care and feeding of a blog…, it is a commitment! And with so many posts awaiting birth and with calls to be made and books to read and programs to design and deliver and with dinner to cook and hikes to take and…
So, here’s the first (and perhaps only) Wild Resiliency News post. We’ll see.
Each story below is worth more than a post of its own, and here it’ll get a few lines at most. All of them are however related, not only to each other but also to other posts on this blog. Most of the stories come from the Live Science site, where I’ve deposited several hours of my life since discovering it.
The stories however all have something to do with the dynamics that arise in the juncture between the The World as It Is and the power of our arrival in that world. And that power is embedded in our worldviews, for:

Hope you enjoy the ramble!
Wishful Seeing: We don’t just think what we want to think… we literally see what we want to see! “Cornell University psychologists prove we sometimes see what we wish instead of what’s really there. Credit: ScienCentral.com”
Is Optimism Good for You?: Several studies suggest optimists live longer and enjoy better health than pessimists. The real mystery is why.
Among the findings of various studies:

But is it optimism that makes people healthy, or do healthy people understandably have a brighter outlook?
Conservatives Happier Than Liberals: “Our research suggests that inequality takes a greater psychological toll on liberals than on conservatives,” the researchers write in the June issue of the journal Psychological Science, “apparently because liberals lack ideological rationalizations that would help them frame inequality in a positive (or at least neutral) light.
Human Suffering: Why We Care (or Don’t): The dire situations in cyclone-battered Myanmar and quake-tossed southwestern China and the impulse of many to offer relief have a lot to do with human nature. Our hunter-gatherer ancestors likely did it, and non-human primates do it.
We are hard-wired to help others, to drop everything in crisis situations, scientists say.
“People do really respond in these crisis situations where it’s really a short-term matter of life or death,” said Daniel Kruger at the University of Michigan’s School of Public Health. The motivation to give dates back to our hunter-gatherer ancestors, he said. Some non-human primates also have been shown to step in during a crisis to help their kin or even humans….
“Empathy is a capacity we use freely with those close to us, but can disappear when there are competing interests,” de Waal said. “For example, if letting in aid organizations undermines one’s power (as may be the case with a military dictatorship), the empathy may be suppressed or not emerge at all.”
Study: People Literally Feel Pain of Others: A brain anomaly can make the saying “I know how you feel” literally true in hyper-empathetic people who actually sense that they are being touched when they witness others being touched.
The condition, known as mirror-touch synesthesia, is related to the activity of mirror neurons, cells recently discovered to fire not only when some animals perform some behavior, such as climbing a tree, but also when they watch another animal do the behavior. For “synesthetes,” it’s as if their mirror neurons are on overdrive…
Now scientists find these synesthetes possess an unusually strong ability to empathize with others. Further research into this condition might shed light on the roots of empathy, which could help better understand autism, schizophrenia, psychopathy and other disorders linked with empathy.
Note: To call this mirror-touch synesthesia a “brain anomaly” is to reveal a narrow worldview. It could well be augured that we all possess the capacity or potentiality… only it is more, or less developed or allowed, in some than others.

Add new tag Conservatives Happier Than Liverals Emotional Intelligence Human Suffering: Why We Care (or Don't) Is Optimism Good for You? mirror neurons People Literally Feel Pain of Others resilience synesthetes wishful seeing
Next PostAlbert Einstein and God: A Scientist and His Worldview
Previous PostMore Worldviews… to Choose From

A River of Life