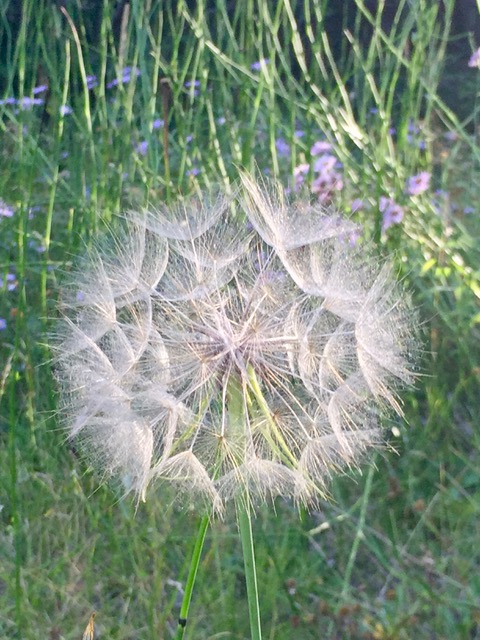 Reflections:
The original drafting of this piece flowed with only the pausing of a few breaths after the drafting of the previous post, Seeking to be other than I am. That post reflects on the releasing of various identities and a kind of coming home to self lying ‘out beyond aspirations.’
This post speaks more to the necessary fierce processes of dis- and re- orientation that are now part of our times and calling.  And even as this piece came I felt a tingling and trembling in my body. Almost as if my heart were shaking in its opening to the magnitude of transformation we are called into. It scared me, as if this self-revelatory power of nakedness needed to turn back and look into the mirror, pinch myself and see if I were tangible, real.
I am still pinching. Still asking, ‘What is real?’ Asking too, as I often have in my writing here, ‘What is a man?’ What does it mean to be a man, a woman, a human at this time on the planet?’
I empathetically know what it is—being utterly lost and disoriented in this world. To not know who I am. To be socially reduced to a bare capacity of stumbling to respond to introductions as I shake hands and say, “Larry Glover.” Inside, my mind is scrambling in dialogue; “They call me Larry but I don’t know even what… let alone who I am. I  don’t even know what this world is… and I don’t believe you are who you think you are either…”
These were crazy times of severe aloneness; the loss of my childhood Christian God left me with no map of my being, or compass for orienting in the world. To now find the image of being ‘…suspended by the North Star, hanging naked and upside down…’ emerging, is both interesting and appropriate. The phrase captures the disorientation I felt at the time and surely this is exactly where we now find ourselves as humanity, for we are hung naked and upside down in a universe of unimaginable grandiosity and mystery. Our old stories, like gods of old, are no longer sufficient for who we are discovering ourselves to be and we have not yet begun to come to terms with our place in this unfolding wondrous new story of our inherent intimacy with the universe.
And yet the phrase also points to what became my essential point of orientation and is likewise available to us: the somatics of our bodies and the universe. Essentially, nature. Nature as reflected within and without us… the two mirroring each other even as the stretching roots on the Tree of Life mirror the reaching of its branching out into the universe. (“The body does not lie.”)
Nature became my path back into a re-enchantment with self and with life, a path into falling into a deeper love with wonder and mystery and awe and curiosity. This is our North Star now too for we are woven of it and nature is woven of out of the principles of reciprocity. Many of our old cultural stories of identity, of what it is to be ‘man’…, can no longer be trusted but we can trust that our bodies are not lying to us.
The problem is that we tend toward interpreting ‘our bodies, our feelings and emotions and thoughts…’ through the acculturation of our socialization into family and religion and politics and society. And these patterned interpretations we can no longer trust because fundamental flaws in the old stories are leading us toward the lemmings’ cliff of collective suicide while we also take the majority of our Mother’s brood with us. It’s called the Sixth Great Mass Extinction.
Awakening to this ecological era and accepting our human responsibility for it is now as equally important as our spiritual awakening. The two become increasingly inseparable. Principally because a fundamental principle of spirituality (as distinguished from religion) is also reciprocity.
What I reference here as reciprocity is the hinging or linking together of life forces, the way the Milkweed plant and the Monarch Butterfly are hinged. The way Monsanto’s spread of the poison Roundup kills the Monarch in it’s destruction of Milkweed and other ‘non-commercially valuable plants, i.e. “weeds.” But who will be left to re-enchant our children with life when the butterflies and wild flowers are gone?
By reciprocity I reference the enchanting Honeybee, a superorganism, and the intelligence embedded in its powers of pollination of wild roses and countless other wild flowers and… many of our crops. The ignorant and blind and greed driven destruction of the Honey Bee is also the social destruction of a reservoir of irreplaceable environmental intelligence and economic benefit.

To the degree we are culturally trapped in stories driving such self-destruction we are, as the poem suggests…

I write to men in this poem because I am one… attempting to grow into a real (there’s that word!) man and because I want to issue a call of Awakening to men, because the old story names us as the primary cultural arbitrators of power. In particular, men are named here as a call of awakening into our proper ecological role and function: protecting the Feminine source of Life’s generative birthing: Women. Women of all species and shapes and weights and races and colors and skins and furs and feathers and scales.
Our proper ecological role now, as men and as humans, and as revealed in indigenous and perennial wisdom traditions, is the protection of Earth’s regenerative life capacities.
We suffer a great cultural wound as reflected in our stories of first, human superiority over all other life. And secondly, we suffer viciously from our cultural story of male superiority over the feminine.
Both of these wounds become magnified in the third cultural story/wound of the role or purpose of nature and women as that of service to mankind, and to men in particular. The reversal or re-visioning of such an upside down story requires a re-imagining of what it is to be human. Thus the disorientation and initiatory processes of our times.
The fourth cultural and personal wound embedded in our dominant god stories is that of our individuality. It is not that we are not individuals. We are and this process of reclaiming and becoming such is a requisite journey of discovering both who we are and how to live true to our deep nature and being. Western culture however, in losing sight of reciprocity, has lost sight of the fact that there are no individuals in nature. Everything exists only through the reciprocity of symbiosis and community (that’s a verb!). Your individuality is fulfilled in the bringing forth of the gift of you into community.

We have forgotten that “relationships are the language of Life” and so we have forgotten two gifts; first, how to read and second, how to live this language into the potential of our thrivability and flourishing.
This is the loss of our belonging. The loss of our knowing how to drink directly from the spring’s source of the Waters of Life. It is the loss of natural meaning, resulting in the gross cultivation of extrinsic meaning and worth to a degree we are culturally vulnerable to the madness of political and religious and economic parasitic imitations.
Living within however is an ancient intelligence and wisdom that cannot be taken from us. It is a thirst for drinking directly from the Waters of Life. It is the hunger to know yourself as belonging to the Tree of Life. This thirst and hunger are the primal sources of our wild resiliency, and of its spreading awakening.
Cannot you not feel its itch within? Scratch it!

“It’s all a question of story. We are in trouble just now because we do not have a good story. We are in between stories.  The old story, the account of how the world came to be and how we fit into it, is no longer effective. Yet we have not learned the new story. Our traditional story of the universe sustained us for a long period of time. It shaped our emotional attitudes, provided us with life purposes, and energized action. It consecrated suffering and integrated knowledge. We awoke in the morning and knew where we were.
We could answer the questions of our children. We could identify crime, punish transgressors. Everything was taken care of because the story was there. It did not necessarily make people good, nor did it take away the pains and stupidities of life or make for unfailing warmth in human association. It did provide context in which life could function in a meaningful manner.”
—Thomas Berry, Creative Energy: Bearing Witness for the Earth, The New Story

There is Something Wrong with Here