She did lift her skirt

No. It must have begun more slowly
by simply allowing my eyes
to linger longer in pleasure
caressing ever with more attention
flowing naturally up the length of her trunk
my gaze drawn skyward in amazement
before finally allowing in individual branches of sturdy arms
carrying bows of green needles dancing gracefully in the breeze
each throwing energy into the wind as if for the wild joy of play

And her bark!
Oh how I have come to love her bark
corrugated and rough holons*
of random seeming patterns endlessly shaped
with subtleties of hues—reds and browns yellows and blacks
and her cracks smelling of vanilla
drawing my inhalations into crevice after crevice
as arms stretch to reach round in embrace
and my heart opens to the heartwood of her length

“The more separated we become from the Earth, the more hostile we become to the feminine. We disown our passion, our creativity, and our sexuality. Eventually the Earth itself becomes a baneful place. I remember being told by a medicine woman in the Amazon, ‘Do you know why they are really cutting down the rain forest? Because it is wet and dark and tangled and feminine.'” — Alberto Villoldo

As we embrace the divine feminine, we find an awakening to all the parts of ourselves that have remained hidden, a deeper connection to our feelings, our emotions, our pleasures, and our bodies. – C. Ara Campbell

“A holon is something that is simultaneously a whole and a part. The word was coined by Arthur Koestler in his book The Ghost in the Machine.” Holon @ Wikipedia

“So what is a holon. The word is a combination of the Greek “holos” meaning whole, with the suffix “on” which, as in proton or neutron, suggests a particle or part. The holon, then, is a part-whole. It is a nodal point in a hierarchy that describes the relationship between entities that are self-complete wholes and entities that are seen to be other dependent parts. As one’s point of focus moves up, down, and/or across the nodes of a hierarchical structure so one’s perception of what is a whole and what is a part will also change.” A Brief History of Holons, Mark Edwards

“In 1880 Charles Darwin published a book about plants he had studied, The Power of Movement in Plants, where he mentions the radicle.”

It is hardly an exaggeration to say that the tip of the radicle thus endowed [..] acts like the brain of one of the lower animals; the brain being situated within the anterior end of the body, receiving impressions from the sense-organs, and directing the several movements. — Wikipedia

” What bacteria lack in size, they make up in numbers. A teaspoon of productive soil generally contains between 100 million and 1 billion bacteria.” — The Living Soil, USDA, NRCS

“Science is only slowly catching up with biodiversity, partly thanks to the great US biologist EO Wilson, who, apart from studying ants, has best communicated the interlocking mechanisms of life. “When you thrust a shovel into the soil or tear off a piece of coral, you are, godlike, cutting through an entire world. You have crossed a hidden frontier known to very few. Immediately close at hand, around and beneath our feet, lies the least explored part of the planet’s surface. It is also the most vital place on Earth for human existence….” — A World of Life in a single Cubic Foot 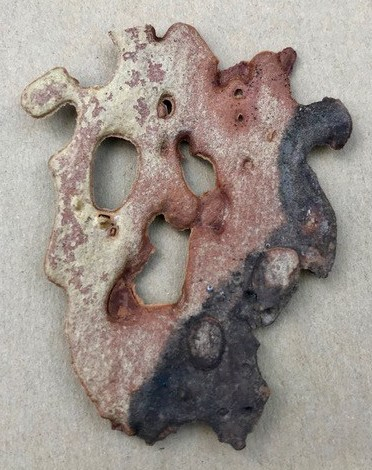 Perhaps You Can Tell Me